Chocolate : is it medicine? 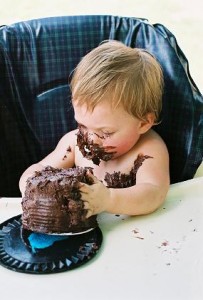 THE Mayas have taken cocoa seeds with them on their migration to South. They settled in the land which were eventually dominated by the Aztec. The Aztec were a vase, empire of the worshippers of the sun and of the plumed serpent; the God `Quetzalcoatr founder of the race.They believed that it was he who had created cocoa as a divine gift to relieve fatigue and provide a reasonable rest. In our practice, patients, often reported the adverse effects of eating chocolates, sornetinies resulting in severe symptoms. Addiction for the chocolate is an emotional phenomenon. Inpatients, the desire k iten arose at times of emotional stress especially regarding relationship. Dr Jeremy Sherr F.S. (Homoeopathy) R.S. (Hom) from Society of Homoeopaths, England, has undertaken the proving of chocolate and made i t useful as a medicine.
The research has showed a frohnection between chocolate and enzymes produeed when people fall in love; there is an affinity between chocolate and the hormonal system. The need for chocolate often appeared in connection with menses.Chocolate is known to contain many substances that affect the heart.The end product of chocolate is composed of carbohydrate, fat, protein, water, caffeine, theobromine and ash.It is a good source of iron, calcium, magnesium and phosphorus. They also contain small quantity of Vit A, B and B2. Recently the fact has come to light that it also contains the chemical, phenylethyfamine, which is produced by the brain when we are in love.
There are few myths about chocolates:
a) It increases weight –  No!. Latest scientific research shows that occasional intake of chocolate is not capable to produce obesity, in fact it provides ten times energy in proportion to its size.
b) It causes tooth decay – In fact the theobromine in chocolate (cocoa) actually inhibits the streptococcal infection which is responsible for the cavity in the tooth.
c) Chocolates create acne: Limited intake can never harm your skin. Many psychologists see chocolate as an emotional substitute or replacement for love. Many people when depressed or lacking in vital energy will instinctively look for chocolate. When a person is in love, the brain secrets phenylethylamine in the saliva. The broken hearted, love-sick people lack the secretion of phenylethylamine. This condition is called as ‘hysteria dysphoria’ and hence there is a subconscious desire for chocolate in the disappointed lovers. The patients of few particular diseases like diabetes, hypertension, thyroidism, obesity and even a normal person can never be suggested to consume a large quantity of chocolate. For treating ‘hysteria dysphoria’, one can consume the proved homoeopathic drug ‘chocolate’ but only an expert can decide the potency.