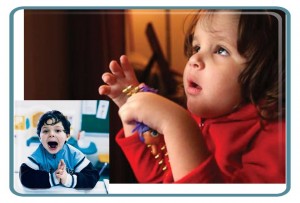 Child psychology is really a big mystery. It is quite difficult to understand the mood of the child even when he has no psychological upsets. Just think how difficult is to understand a child suffering from autism. It is a rare variety of developmental disorder seen in early childhood. The child is unable to respond as he doesn’t understand it. Odd behavior, disorder of language and cannot learn etiquettes’ are the classic features of autism. It is also associated with emotional disorder like showing anger or fear suddenly without any particular cause. These children can be hypoactive or hyperactive. The child does not like to speak even a word, he just cries loudly for hours if he is hungry or thirsty.

The child is very obstinate, if his demands are not met, he just cry and roll down on the floor. When he starts crying he cannot be stopped for hours together and is very destructive and throws things around. In few cases, disliking for clothes is there, they want to throw away the wearing. These children cannot distinguish between right or wrong habits for example if the child is thirsty he would drink water straight from the tap. Sometime the child may go out of home and wander here and there without any purpose; he has his own world and does not like to play with other children. He is physically restless, always doing something, cannot sit at one place. They utter something which cannot be understood. This child has aversion to be talked, he plays or writes himself. Few of the patients make animating faces and few have difficulty in speech. They are offended easily. They do fruitless and useless activities. Causeless crying is also a marked feature. This symptom varies in every child suffering from autism more or less according to the constitutional built up and of course the root cause behind it. Homoeopathy is a science which follows individualization. As every child is made up of mind, body and soul i.e. trinity of life so the treatment for any disease should cover the body as well as mind. The mental status of every person makes his own identity. The twins have similar physical look but the mind is different. Homoeopathy pays more importance to the mental symptoms in every disease. It considers emotions, liking disliking, modalities anger in the study of every disease. After taking the complete history of hereditary background and family environment, the history of mother during pregnancy, homoeopathic medicines can give better results in autism, as it is a disease of psychological origin.