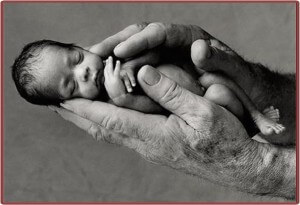 Neelam, has conceived for many times, but faced sudden miscarriage every time. Many patients are there who are victims of frequent miscarriages. Actually lot of cause are behind it for examples – tumour in the uterus, relaxed uterine muscles, hypertension caused to the mother during pregnancy, chronic renal disease, diabetes, physical exertion, vigorous exercise, frequent coition during early pregnancy, mental stress, hormone imbalance, specially progesterone and thyroid hormone, ovarian tumour, retroverted uterus, etc.

Sometimes different blood group of husbands and wife become the major cause. If mother is Rh +ve and father is Rh –ve then the foetus blood group is usually Rh +ve, it creates antibodies in mother’s blood which cause more breaking down of RBCs and increase the chances of a miscarriage. Miscarriage means termination of pregnancy before 28 weeks, at the time foetus weight is always less than 1000gm.

Our body doesn’t allow any foreign body to enter inside, sometimes by mistake, the male sperm is also considered as foreign body and is thrown outside which prevent pregnancy. There are many types of miscarriages – such as spontaneous, complete, and incomplete and some due to uterine infections. Whatever may be the type, but the most important factor is to find out the cause behind it and to cure the ailment.

In few patient, all the medical investigations are normal, here homoeopathy plays important role as it considers physical as well as psychological symptoms in every disease.

According to homoeopathy, the miscarriages are due to low immunity and deranges constitution, which provides the favorable condition for the secondary causes (as given above) to take place in the body. Homoeopathy improves the immunity and makes the body perfect for healthy pregnancy. It is safe as it does not have any side effects. In homoeopathy, specific remedies are there according to the month in which the miscarriage usually takes place, example – miscarriage in the third, fifth and seventh month have different medicines listed. Fearsome or anxious nature also causes miscarriage in few hyper – sensitive females; homoeopathy reduces anxiety and hence prevents miscarriage. A female is not only a body, but a mind and heart and homoeopathy pays importance to the mental symptoms in curing the tendency of frequent miscarriages.