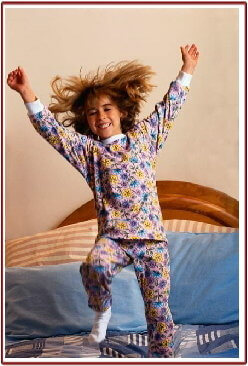 To be active is good, to be more active is better, but to be hyperactive is certainly not good. Hyperactive is an unusual activity of mind and body. It is nature’s law that everything should be within the limit. An active child is always appreciated, but when his mental and physical activities are beyond control and they cause trouble to him and other, it is a disorder. A hyperactive child always has a wandering mind. He has a lot of energy and always wants to do something, which disturbs his concentration. Even when he sits at one place, his mind plans something else.

Lack of concentrations and an absent minded nature makes the child careless about his responsibility, and as time passes, he begins to ignore other and concentrates on his activities which give him pleasure. This  is known as ADHD i.e. attention deficient hyperactive syndrome. Many a time the parent complaint that the child is very naughty arrogant and mischievous. He does not obey them. He has an aversion to studies and makes silly mistakes. He prefers to jump and run everywhere restlessly he can’t sit at one place for a long time.

All this symptoms indicate that he is not able to concentrate properly. The child is mentally normal but still he cannot perform well. Over excitement makes the child restless both mentally as well as physically. This situation compells him to do the activities which divert his concentration. Over sensitivity in the child depends upon his hereditary factors, family background some suppressed emotion of the mother during pregnancy, his birth status and family History of any chronic disease.

Sudden emotions extreme joy, sorrow and fear also causes over sensitivity. Homoeopathy is the only science which gives a lot of importance to mental symptoms even in a purely physical disease. Homoeopathy believes that every person has different identity and a different psychology. He has his own susceptibility. In homoeopathy, after proper case study, a proper drug is selected, which acts on the mind and controls the oversensitivity of the child, which in turn makes him stable.