Take care of your kidneys 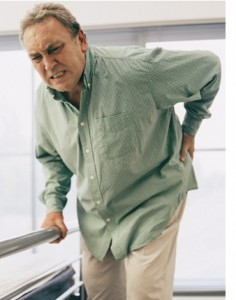 YESTERDAY I visited a patient of chronic renal failure, admitted in hospital since last 10 days.He is on dialysis. All investigations are severe pathology and now he is struggling for life. But what about cure? Is it possible at this stage?
No. To achieve a perfect cure at this stage is not possible. But in the beginriing stage of disease, if proper diagnosis was done, the cure is possible. Every disease which is not congenital has a root cause behind i t s d e v e l o p m e n t . As Homoeopathy says — the root cause behind every disease is different in every person.Though the sign and symptoms and mechsim of perticular desiase is simmilar but as every individual is different the root cause and the way of reaction to the disease is also different and hence the selection of drug and mode of treatment is also unique according to constitution (mental + physical build up) of the person.
Now what is chronic renal failure i.e. CRF. It is a condition where there is gradual and progressive loss of ability of the kidney to function normally.
Causes: It is divided into a) primary
and b) secondary causes.
a) Primary causes: 1. Due to glomerular pathology i.e. glomerular nephritis, IGA Nephropathy etc.
2. Vascular causes: Due to hypertension, all types of infections such as pyelonephritis, toxic effects of drugs such as analgesics, obstructive nephropathy such as stone and congenital pelvo-ureteric junction.
b) Secondary causes: Where CRF occurs as to the secondary manifestation of any other disease such as hypertension, diabetes and SLE. Generally kidney do not show any sign of disturbance till 25 % of one part is working and 75 % part is damaged. Clinical sign and symptoms of CRF are divided into
1. Primary Uremic manifestations like
— Metabolic acidosis resulting in increase in Potassium level decrease in Sodium and Calcium level
— Excessive uric acid in blood.
— Increased urea, creatine in blood.
2. Secondary uremic manifestations are:
— Anemia, itching without eruption because of deposit of urochrome in skin, pulmonary oedema, acetaemia causes mucosal oedema of stomach resulting into nausea, vomiting and constipation.
– Hyderlipidaemia, Neurological manifestation like convulsions, swelling on the body due to water retention and congestive cardiac failure.
Diet recommendation in CRF
— Avoid anything raw in the form of food because this will increase the Potassium level of blood.
— Moderate fat intake — white of an egg can be given, avoid yellow part.
— Fluid intake should be restricted upto 1-11/2 lit. per day to avoid any load to kidney.
— Diet containing iron and calcium is suggested.
— Avoid all tinned, baked food and soft drinks. Avoid pickle.
The BP and diabetes must be kept under control so that further damage can be avoided. Stop analgesics. Remove the obstructive cause if any.Homoeopathy has a vast range of remedies arising from vegetable, animal, mineral and even synthetic source for all type of kidney disorders.
These drugs are selected on the basis of individualisation and hence the resistance power of the patient increases .
As Homoeopathy does not have any adverse effect, one can consume it till long time if required.