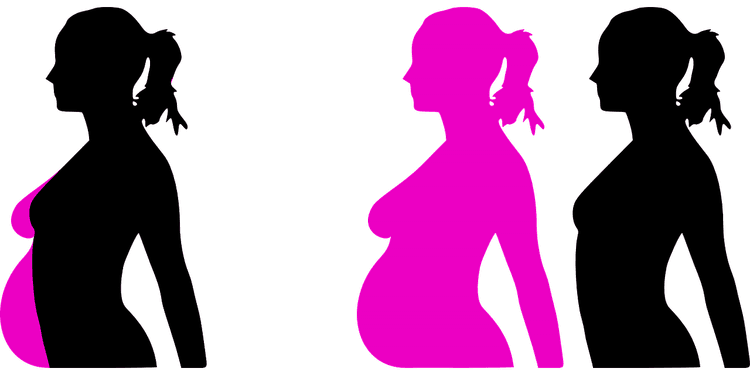 1. A case of Suppressed sexuality with suicidal disposition-solved with Homeopathy.

Her husband said-‘ I gave her every comfort. We have two daughters and good family. She has full liberty to do whatever she wants. I never interfere with her decisions. We have chef in our kitchen and rest household work is being cared by maids. She has to supervise only. I am a business man and have to travel a lot, but I am all the time keep talking with my family on video calls. She was fine till now but since last 1&1/2 years, she became irritable, taking doubts on me, asking me whether I have an affair outside my marriage. Sometimes she become quite for 2-3 days without any reason. If I ask her, she never answers. I though it can be stress about future of children as they are growing up but I scared when she attempted suicide few months back by drinking some insecticide kept in home! We met Psychiatrist but he couldn’t diagnose anything wrong. Just counselling was done. Few days went well. She was fine. But 15 days back when I was on a business trip, she again tried suicide by eating Rat killing tablets!

This time I decided to take Homeopathic medication, read about you on net and hence consulting you. ”

She had no complaints regarding menses. All physical generals were normal.

When I counselled her, I came to know that she was suppressing her sexual desire. Many times husband was on business trip and when he was available, she couldn’t tell him! ( In India, women still feel hesitation in discussing such issues with husband.)

Prescription– ORIGANUM MAJORANA 200 one dose in water in August 2017.

Same dose repeated in water at every 21 days till 6 months until the positive changes in behavior were confirmed by husband and herself!

Comments on selection of remedy–

Conclusion- I could save her life and family as I understood her core problem. Unrevealed sexuality is the biggest problem worldwide as it disturbs not only the suffering person but the partner and the whole family. The irritability, depression, suicidal disposition of patient destroy the family environment. Suppressed sexuality is a silent killer!

2.  A case of secondary sterility due to Bilateral ovarian failure with deficient Anti-Mullerian Hormone and Hypothyroidism -solved with Homeopathy. 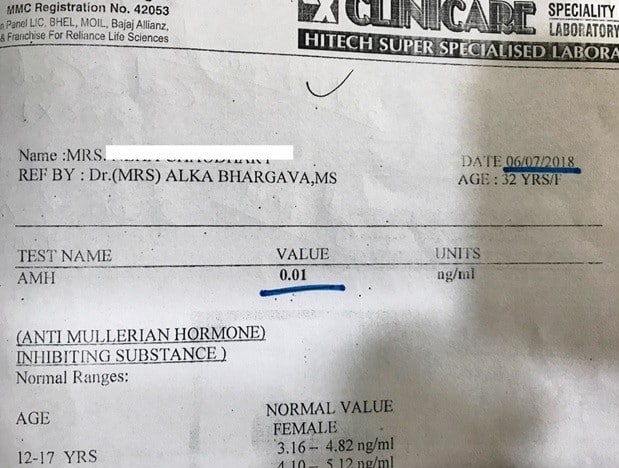 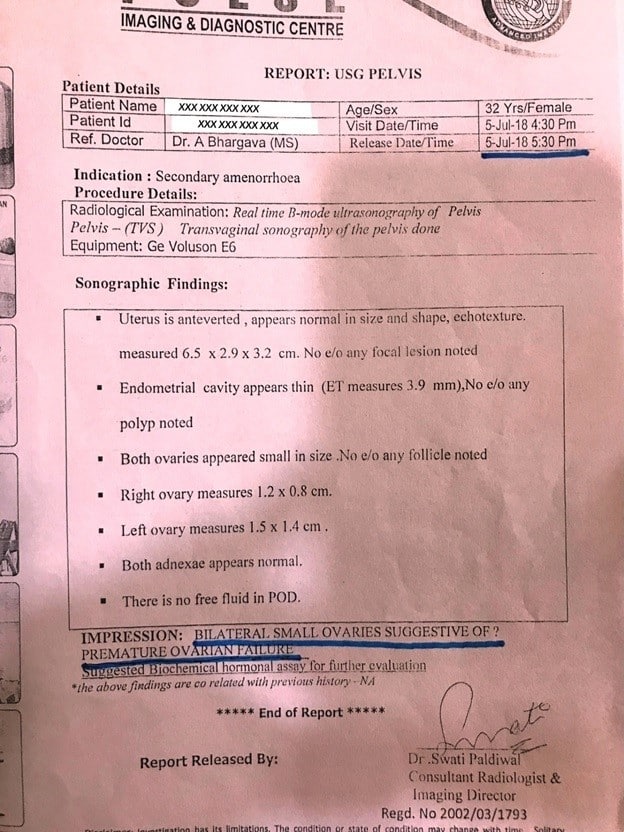 Her husband said- she feels very disappointed after ultrasound report! She is sad as her both ovaries are not functioning well; her menses didn’t appear since 4 months which is making her very angry and all the time she just sulks about it.

She expects a lot from her husband and from others too. 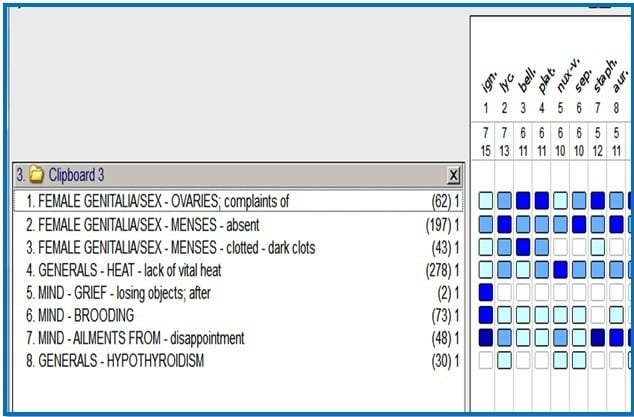 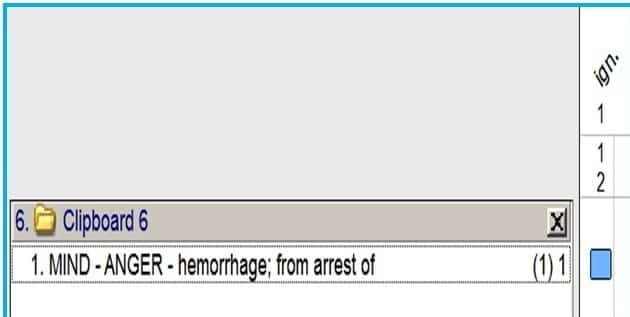 Ignatia 200 one aqua dose was prescribed at 19th July as the constitutional remedy based on totality of symptoms of the patient such as dark clotted menses, suppressed menses, anger contradiction, brooding nature and high expectations of attention from husband ( not for money but for his quality time too).

Same dose repeated at 19th August and 20th September. Thyroidinum 30 and Syphilinum 30 were used as per the need of the case in further course. 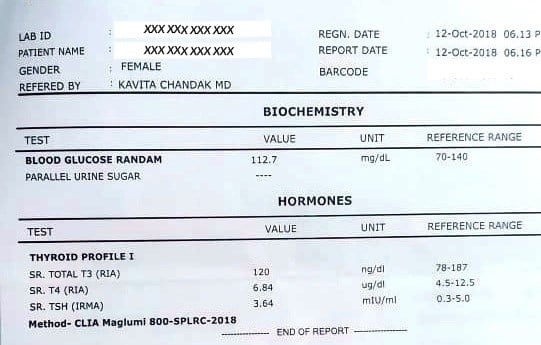 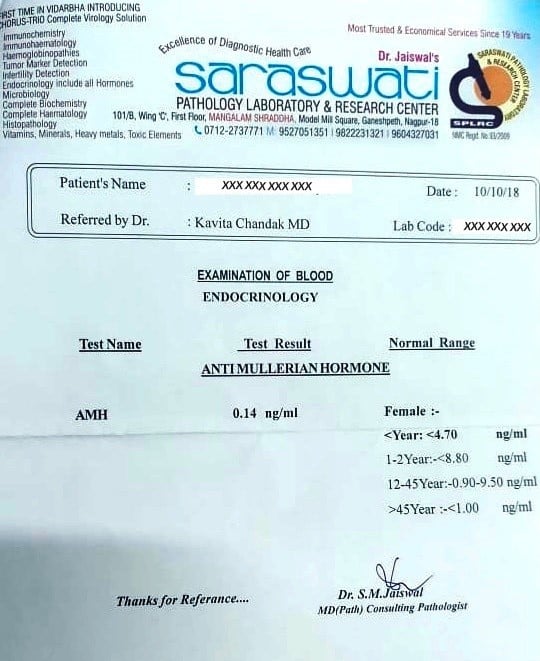 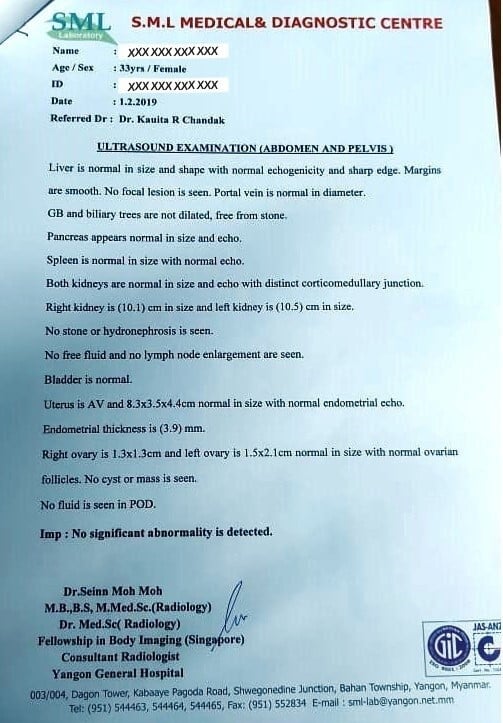 Just within 3 months her AMH and TSH level came in normal range with Homeopathic medication!! Ultra sound report done after 7 months from the medication was absolutely normal.

AMH–Women are born with their lifetime supply of eggs, and these gradually decrease in both quality and quantity with age. Anti-Mullerian Hormone (AMH) is a hormone secreted by cells in developing egg sacs (follicles). The level of AMH in a woman’s blood is generally a good indicator of her ovarian reserve.

A woman can be infertile because of low AMH. Infertility is a major issue in society and a difficult situation for the couple.

A well taken case is 50% workdone! I understood her anger because of suppressed menses as it had a feeling behind that I could never conceive in future; she was disappointed due to fear of secondary sterility and hence irritability and constant sulking when menses was suppressed.

Though you are not a good homeopath; but if you record the case in proper way …you could achieve the success!!

Homeopathic Approach in handling the cases of sexuality, fertility and hormones-

Case taking should be meticulous.

The constitutional remedy is a better choice!!

Sarcodes and Nosodes should be used whenever required; they speed up the results.

Empathize the agonies of the patient!